With more than 200 sheep entered for the sale, Judge Glenn Baird had a busy morning. Male Champion went to Percy Tait’s shearling ram, rounding off a successful show career this summer. Female  and Breed Champion was the Maunby gimmer from Stuart Goldie, Maunby Radiance, by the Perdi ram and out of a homebred ewe. She later sold to the judge for 1000gns.

The Langley Dispersal had attracted interest from far and wide and this long established flock did not disappoint. John & Kathleen Davison had established the flock in 1990 and during the past 29 years had achieved success at all the major shows and sales, with superbly presented stock.  This section of the sale brought the two top prices of the day.  Prospective purchasers had the opportunity of purchasing the last ram lamb to be sired by the hugely successful ram Maunby Butch and the unshown ram lamb by  Butch, out of a Langley ewe went on to sell for 1850gns to head to Northern Ireland.

The second top price, the ewe lamb, full sister to the ram lamb went on to sell to Neil Millar for 1800gns, the remainder of the ewe lamb consignment went to join the Haydon flock to average just shy of 800gns.

It was encouraging to see a packed ringside throughout the day and several new breeders establishing starter flocks, we wish everyone well with their purchases.

Official photos will be posted soon, meanwhile there is a new album in Gallery with sale shots! 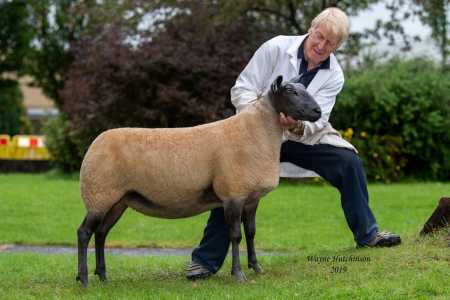 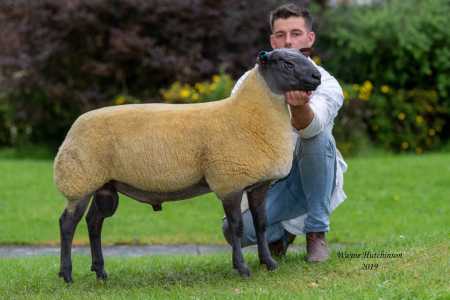