Millennium Bleus at the Premier Sale

Amidst a busy day at the Premier Sale  the Millennium Bleu section again attracted many commercail buyers including some new faces.  Paul Farmer had joint top price  with a 2sh ram, which sold for 1000gns and he brought a great run of shearling gimmers all of which found new homes. William Baillie's Calla flock had once again taken the championship with a gimmer which later sold for 350gns. Calla had a great run with their shearling rams as did Richard Pilkington and as reported earlier Kerrie McDermid topped the shearling rams at 1000gns 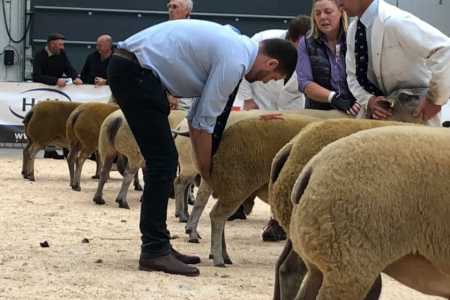