The Society is saddened to report the passing of Julie Bury of the Burford Flock.

The Burford Flock was established in 1989 with the purchase of seven ewe lambs from the Grahams and De Busli flocks. Ewe lambs from France followed shortly after with the addition of sheep from Didier Juigne.

Julie had multiple show ring and Flock Competition successes and was a noted Judge. It was certainly not unusual for family members to be travelling to opposite ends of the country to support Bleu Du Maine classes at date-clashing events.

Julie was also an active Council member for many years and was an establishing member of the Bleu Sire Reference Scheme.

The Burford flock is continued by Julie’s son Justin and his daughter Charlotte. 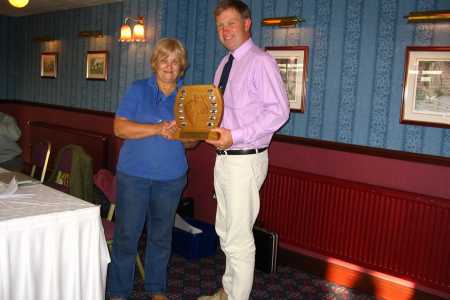