NORTH SHEEP SUCCESS: In the region of over 5,000 people visited New Hall Farm, near Rathmell, for NSA North Sheep 2019 on Wednesday. With a young Chairman, a multi-generational family farm hosting the event, local school children educated and many young people attending, it was also an event which saw the next generation of the sheep industry in the North of England very much coming to the fore. Further evidence 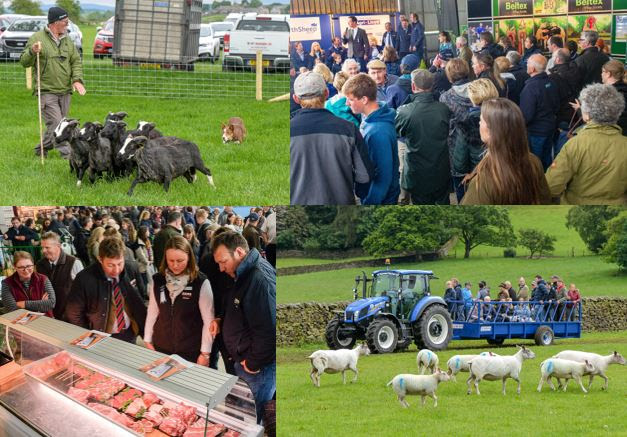 of this could be seen as young shepherds competed in the NSA Next Generation Shepherd competition with the final victor named as Matthew Fearon from Keswick. NSA Chief Executive Phil Stocker says: “On behalf of NSA I’d like to say a huge thank you to NSA Northern Region for laying on such a well organised event. None of these events would be possible without the support of brilliant volunteers who, in all weathers, help the event run smoothly. I’d also like to congratulate and show my appreciation to Event Organiser Heather Stoney-Grayshon and Chairman Thomas Carrick. Last but far from least, a huge thank you goes to the host farm, without which none of these events can run. North Sheep was no exception and we were treated to a great example of a hard-working farming family, my sincerest thanks go to the Frankland family for hosting us on Wednesday.”